February 21, 2011
Although I want to return to the wilds of Parbold, Wigan and the rest of that rolling, but very muddy Lancashire plain, our journey takes us to Harmston, Lincolnshire, equally flat but where my fathers side of the family originates. Henry Martyn-Clark wrote the biography of his father, Robert Clark. I enclose the first chapter of his book. Tells me much about this side of the family. Up to 1990, I knew nothing except that Henry Martyn-Clark was shrouded in mystery, We had snippets of mail and written records, some transcribed. My fathers parents had died and he was "farmed" out to his aunts, his mothers sisters. They will have a chapter to themselves too. However the Internet changed so much of that. There is no way you can miss "Henry Martyn-Clark" if you search, but finding the biography for sale at a reasonable cost in America, and reading it was possibly the biggest eyeopener of my genealogical career. I include the earliest photograph of Robert, He is fittingly the one standing behind his father, Henry. He also fittingly deserves a Chapter to himself. I am indebted to my Great Grandfather for writing the book.

This is an excerpt from the Lincoln Record Society Newsletter:

The first stage was for both advowsons – or, rather B.H. Thorold’s life interest in them - to be put up for auction at the  Saracen’s Head in Lincoln, in 1858. The description noted  that the current incumbent was in his 73rd year. The copy of  the particulars in the Padley deposit at LAO has a pencilled  note of a bid of £200 for Harmston (worth £167 per annum) from someone who appears to have been a Leicester solicitor. both advowsons had high reserves: it is almost as though the auction was an invitation to treat rather than a sale as such..
Potential purchasers presumably made discrete enquiries  about the health of Henry Clark, the incumbent. by 1861, Henry Clark was employing curates at both his parishes and had taken a house at Torquay. he died there on 2 July 1862. The conditions of sale for Harmston and the price (£300) were agreed in January 1862 by Robert Toynbee, solicitor – another of Lutt’s brothers-in-law, evidently acting for him. In June, Lutt wrote to Henry Clark to ask if he was willing to sell a couple of cottages he owned at Harmston adjacent to the vicarage; his son replied on his behalf as his father was too ill to attend to business. Immediately after Clark’s death, Lutt wrote to Toynbee to see whether it would be possible to arrange an exchange with the purchaser of Rowston. In a postscript he urges Toynbee (not, I think, wholly in jest) to tell them that Rowston church is falling  down. A further letter (12 July) notes that ‘Mr hood abated £50 on our behalf’; he wants this taken into account in any matter of exchange. In the event no exchange took place; Lutt was presented to Harmston on 1 October 1862. The sale was  only completed a year and a day later, so the presentation was actually made by Thomas hood. Benjamin Hart Thorold had died by the time of the next presentation, so there are few indications in the official record even that Lutt had bought the advowson.
I assume that all parties took care to stay on the right side of the law. It is nevertheless clear from Lutt’s  correspondence that his intent was to buy ecclesiastical preferment. both the solicitors involved appear to have  regarded the transaction as entirely normal.

There is a description of Simony here. Cannot believe that this was practiced by any of my ancestors!

This new information was provided from the website above. I will dive into Ancestry and try to provide extra info from the censuses.

Here are the jpg's :


Both Hamlet and Roger followed  Robert to India. Up to Chapter 12 has now been added.
Click on this Tab to read the biography.
I am in the fortunate position of finding 4 pictures on the Flickr site that relate to the Clarks and the time they spent in Harmston. They are below. I am indebted to the photographer. A Mr Clark! 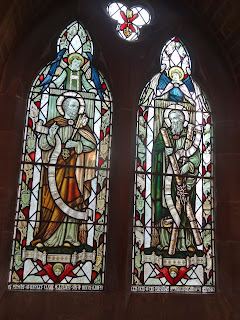 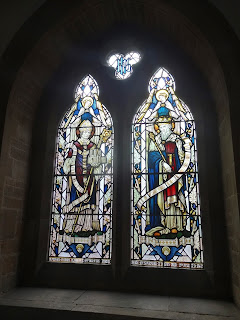 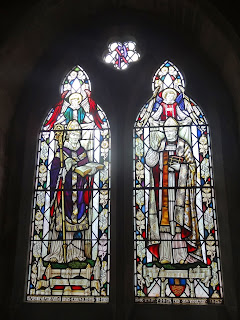 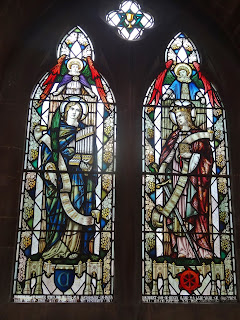 These are photos of the church interior. I was fortunate to visit in September'16. 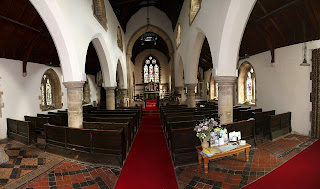 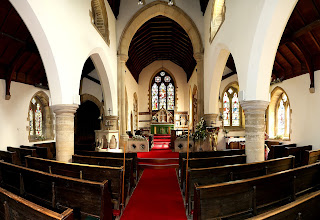 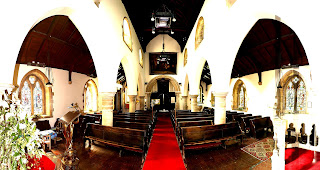 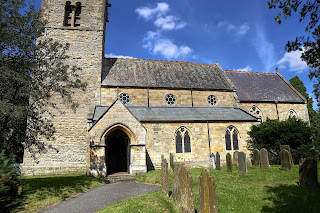 Susan (Susanna) married Joseph Harris, Rector of Sheepy. A more complete rundown of her is on The Harris Family section of Church of the Martyrs website. Although the website still exists I am not sure this document still exists. I wrote to the writer but I never received a response.However it provided much useful information.

Elizabeth Catherine Clark  married the Rev Thomas Simcox Lea, the eldest son of  Reverend Frederick Simcox Lea of Astley Hall, in the county of Worcester, and The Lakes, Kidderminster, Master of Arts of the University of Oxford.

Henry Clark married Charlotte Jones, there is more information on this website - thanks to  Tim Clement-Jones.